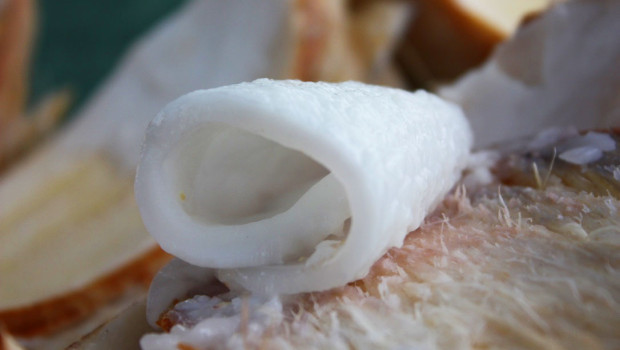 How do you conclude a 30 day trip to Sri Lanka? As a trip itself it was very nice and we had some great experiences but also a few bad ones. We came to Sri Lanka without having read up an awful lot about it (due to an intense work schedule before the trip). With some more research we may have chosen better locations and skipped out on places like Pinnawala Elephant Orphanage.

Not knowing so much about the country and take it as it came was a nice way of travelling though. Still, it would have made it a bit more relaxing to know which places we should have stayed longer in instead of heading towards new ones in search for That One Place.

I kind of regret not seeing more of central Sri Lanka and places like Adam’s Peak, Sigiriya rock and perhaps also Kandy. The two hikes were, however, out of the question so it will just have to be put on the list of “things to see when/if I go back”.

Outside of these blog posts I will also create a small guide to Sri Lanka with my recommendations but here are my notes on Sri Lanka.

If your main goal is to hang out by the beach you will not be disappointed. Sri Lanka has some of the best beaches I have seen in the world (and I have seen plenty). You have the wide range from the touristy beaches at Hikkaduwa to the empty ones outside Kudawa. They were all very beautiful, clean and with nice sand.

The waves were however very strong at almost all the places we went to. The undercurrents were, as well, really strong so swimming was not a laid back thing to do but rather fun in the large waves. I would let kids into the waves though.

We travelled low budget and typically checked in to the cheapest places possible. We typically paid between 1.000 to 2.500 Rp a night. That took some bargaining and J could typically get the price down some 25-40%. It is usually quite obvious when you can bargain and when you can only get a slightly lower price.

In that price range the quality was very different. Some rooms could be great but some had ants in the bed, bad and noisy fans or super short beds. The mattresses were almost always very hard and often the pillows as well. If you are looking at this price range you can not be too bothered about those things.

Often you stay at families that have converted a few rooms of their house as guest house rooms. It is nice to get a glimpse of how real Sri Lankan families live but sometimes it could feel a bit intrusive. Like, when I had trouble sleeping I did not feel comfortable walking out in the living room to get out from bed for a while.

I only ate vegetarian food during the entire month so my thoughts on the food only relates to the vegetarian food. It seems like most of the good “Sri Lankan” vegetarian food is actually Indian or Indian/Sri Lankan. Typically, I tried to have Sri Lankan food as often as I could and had my fair share of kottu (fried mix of vegetables and chopped rotti-bread) and rotti (bread envelopes with eggs or vegetables) which you can find almost everywhere. It is usually delicious, especially if you buy it outside the tourist areas and in the cheap places (where they are not afraid to spice things up). Rice and Curry was my favourite but there had to be a good chef to make it good. When it was good, it was amazing!

There needs to be a sub-section in here about the fruit. I LOVE tropical fruit and loved shopping around in the markets and the beaches. The coconuts in Sri Lanka are absolutely amazing, especially when you get a good one with a lot of soft “meat” (like in the top photo). I loved the passion fruit here and could literally buy half a kilo and just eat one after another. They are quite sour but that was just nice (there is a sweeter version called maracuya as well, that is delicious).

The people of Sri Lanka

I was amazed to how genuinely nice the people of Sri Lanka was (except perhaps for the tuk tuk-drivers). They are always helpful and feel happy you have come to visit their country. Many speak English but not all but most speak enough for you to get by. It was rarely a big problem.

I have already written an entire blog post about the traffic in Sri Lanka but outside of driving yourself there are three real means of transportation: tuk-tuk, train, and bus. Well, you can also hire a (car) driver to take you around Sri Lanka but never did that so I can not have an opinion about it.

Getting around by bus is very easy and fast so it is usually the first option. You never have to wait long to find a bus that takes you where you want to go and it is very cheap (between 50-200 Rp). Still, I mostly hated it. During hot days, when you are waiting at the bus stations it is almost unbearable (at least for me), it is often really crowded, the buses drive like crazy, the music could at times be really loud, it is not safe, and the seats were very uncomfortable making 5 hour bus rides painful. J liked them much more though so do not take my opinion as the general one.

I like the (few) train rides much better though. It is slower but much nicer. You can walk around, see nice views etc. The places you can reach by train is limited though.

Tuk-tuk is an option we typically chose for shorter trips between nearby towns or within a city. It is very convenient but requires some bargaining. Tuk-tuk drivers often try to hustle you a bit and give you outrageous prices. They could, at times, be very annoying as well and in your face. Still, as a means of transportation it is great.

There are plenty of animals on the island. Sri Lanka has one of the most dense populations of leopards in the world. They also have unique animals like sloth bears. We saw none of them though.

It is quite easy to see real wild elephants, even outside of the parks. We often see monkeys by the roads and plenty of water monitors as well. I have been to countries where you see much more wild life just by driving around (like Costa Rica and South Africa) but Sri Lanka has plenty.

Although J got her backpack stolen I would still say that Sri Lanka feels very safe. We never feel threatened or feel unsafe walking the streets after dark. There are obviously thieves of opportunity.

The worst threats to your safety are the undercurrents and the big waves at the beaches and the traffic, as far as I understood.

What do you want to know?

Are you missing any information here? Is there any other topic it would be nice to know more about in this blog post? Write a comment about it!