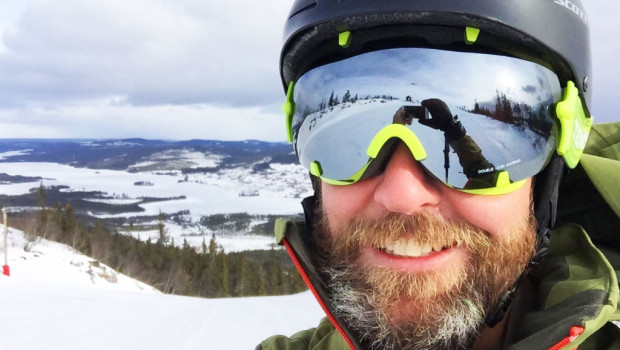 Sweden is the home of many great skiers, like Ingemar Stenmark, Pernilla Wiberg and Anja Pärson. It is also the home of some good skiing resorts although not as excellent as the ones in the Alps, in my opinion. There are other advantages though.

My sisters, their families, and I have a yearly tradition of going to a ski resort in the middle of Sweden called Katrina Klövsjö. Katrina Klövsjö is a very small system with pretty much only a dozen slopes. This makes it quit crowded during school holidays but in between (like when we usually go) it does not attract the same amount of people at all. 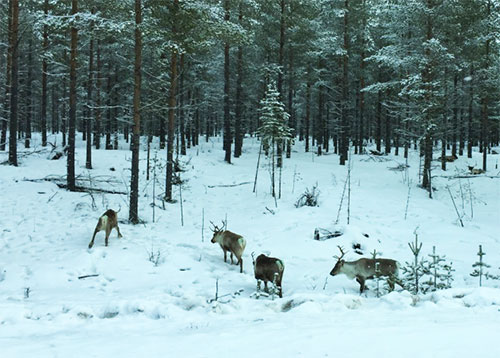 On our way up to (and down from) Katrina Klövsjö we saw reindeer by the road.

I have been to Katrina Klövsjö twice now around March 14th to March 20th. Last year we were incredibly lucky with blue skies and -2 degrees almost every day. You could get up in the lift half an hour after they opened and still be the first one to ski a certain slope that morning. We literally had a slope by ourselves, untouched with perfectly prepared snow. 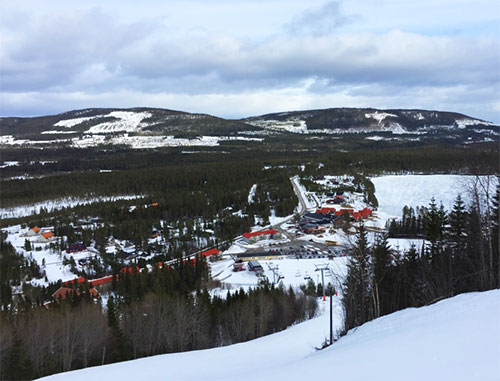 Overlooking the valley at one of the slightly more challenging slopes. 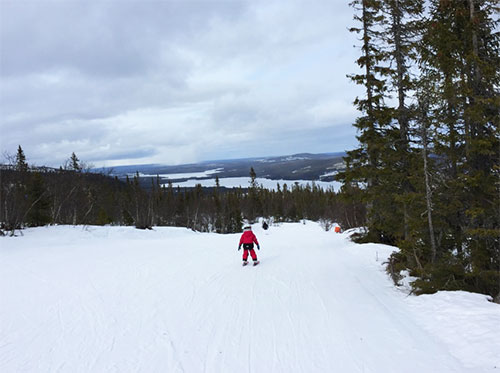 My five year old niece could ski (almost) every slope in the system but prefered this easy, child friendly, one. 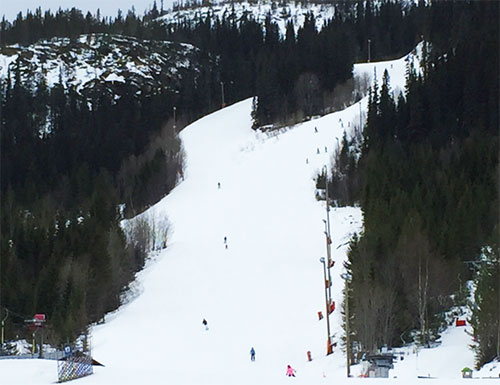 This was actually one of the more “crowded” slopes. That is how empty they were. 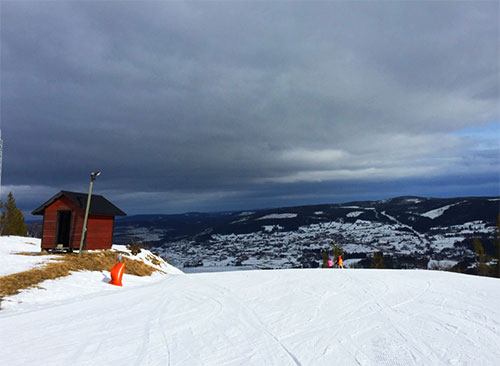 The view is really beautiful in some of the slopes.

This year was equally empty although we were not as lucky with the weather. Although the warm conditions created soft, slushy snow we managed to ski almost all day before the slopes were ruined. In more well visited ski resorts they would have been ruined before lunch by all the skiers.

The lack of slopes does make it a bit boring in the long run though so it is suitable for some 3-4 days at most. The slopes are good though with a good range of easy slopes and a few more challenging ones.

It felt really weird to be up in the Swedish mountains just a few days after returning from Sri Lanka. A couple of weeks ago I sat elephants by the road and now I saw reindeer by the road!

My recommendation: Go to Katrina Klövsjö if you want to find affordable rooms close to the slopes, decent slopes and, above all, enjoy almost empty slopes and no lines to the lifts! Make sure you go when the schools don’t have holidays though, then it is quite the opposite.

Cold bath house and an exclusive breakfast buffet in Båstad