Cold bath house and an exclusive breakfast buffet in Båstad 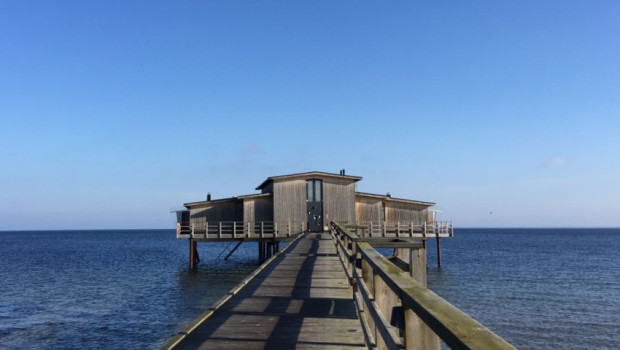 I used to live in Skåne (the southernmost part of Sweden) and at that time, my ignorance led me to believe that Skåne was nothing but fields and small towns. Last summer I went to Österlen in the eastern part of Skåne and learned that this was not true. When my dad moved to Båstad last year, I realized that the area around Båstad is just as nice.

Båstad lies near Hallandsåsen which shapes the entire landscape with hilly roads, amazing landscape and a constant sea view. There are plenty of beech treas in the area making it perfect for a Sunday drive or a walk. 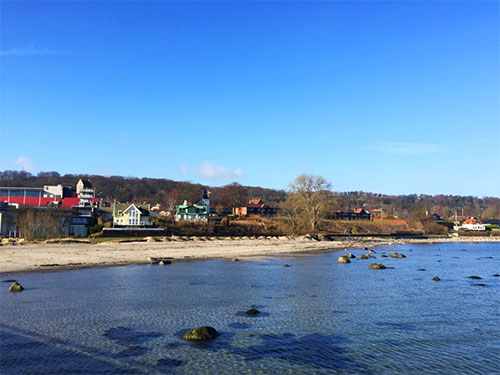 Båstad is mostly known for its tennis and the “Tennis week” in the middle of the summer when tennis enthusiast and, more commonly, rich brats arrive at the small town to drink champagne. The town of Båstad is quite different in the other weeks of the year but still has a bit of luxury and exclusiveness touch to it. It is quite pricy to live here as well.

In other words, it is not all that surprising that you would find a hotel with a spa and an exclusive cold bath house here. While visiting my father we decided to give it a shot.

In Malmö, where I live, there is another cold bath house which is completely nude (but separate for men and women). I expected this to be the same so I did not bring my swimming shorts. In fact, I was not really expecting to swim in the 4 C water anyway! Still, it turned out to be a bit of a mistake.

The cold bath house has a really nice touch to it in every bit. We stayed pretty much only in the sauna which had a great view overlooking the ocean. It felt really relaxing to sit and watch the ocean in a sauna on a Monday morning! 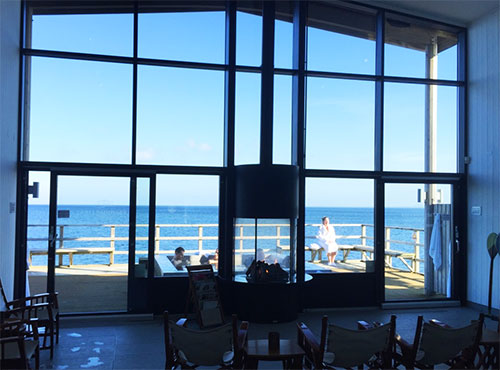 The relax area and the outside jacuzzi in the cold bath house of Båstad.

Like I mentioned, I would never have swum because of the incredibly cold water but there was a jacuzzi outside and a nice relax area which we could not use because of my…eh…wardrobe malfunction. Our experience of the cold bath house was limited to the sauna.

I was quite hungry anyway so we went for the breakfast buffet instead and were not disappointed. There were plent to choose from in terms of both cold and hot food. I am a great fan of müsli so I feasted on that and celebrated the fact there were endless amounts of Brämhult orange juice to drink (the best you can find in Sweden). Mmmm…. 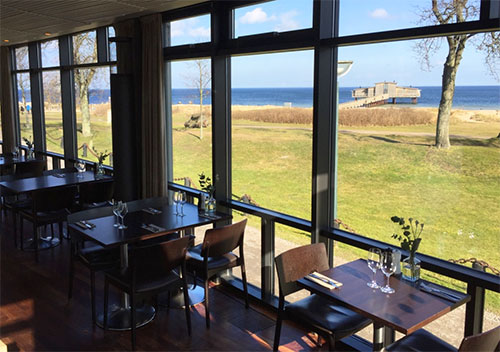 The breakfast area at Hotel Skansen overlooking the cold bath house outside.

The price per person for both the cold bath house and the breakfast buffet is 250 SEK. You book it through Hotell Skansen. It is well worth the price to have a nice, relaxing morning before you start exploring the rest of the amazing countryside and the hills surrounding Båstad. 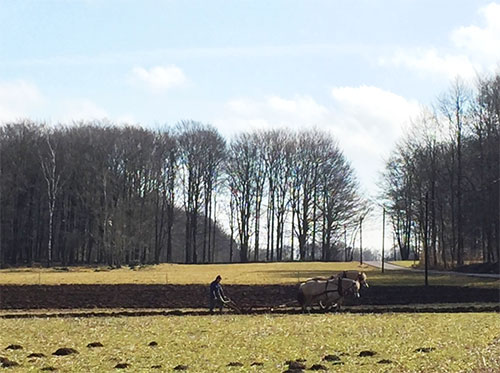 On our drive around Båstad we saw a farmer plowing the traditional way with horses. This is not at all common so we were quite pleasantly surprised.

My recommendation: Do visit the cold bath house and the breakfast buffet, it is worth the 250 SEK. Bring swimming shorts and, if you can, a bathrobe. Drive around the beautiful countryside around Båstad and see the fields, the hills and the horses.