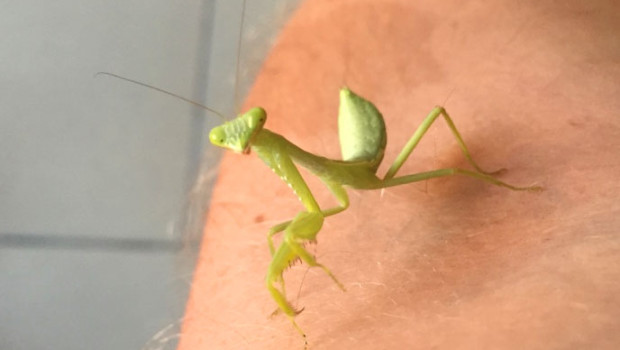 Since we could not go diving we thought we would give the national parks of Sri Lanka, with its leopards and sloth bears, another shot. We went to Wilpattu National Park (fairly close to Kilpatiya) which is the largest national park on the island. Wilpattu also has a good amount of leopards, which are high up on my list of animals I want to see.

We get on a bus to Wilpattu Junction (which is the entry port to the park) and the bus is to full op people that you kind of have to get used to having someones hand bag, butt or elbow in your face for the major part of the trip. My way of handling this is to put on my head phones, chew on my corn cob and try to focus on something else. Those bus rides in Sri Lanka. Phew!

We time our arrival to Wilpattu Junction perfectly. The jeeps are just about to leave so we negotiate a price (4.500 Rp + park fees) and get on a jeep – this time by ourselves. It feels like this is the first time in a when have a bit of good luck!

We do not have any luck with the safari though. We see even less animals than last time! The most remarkable we see are two mongoose running over the road. Still, the safari is far more pleasant since we do not feel tricked and can enjoy the safari for what it is. In the long run it is not all that much fun driving around on the bumpy roads without really seeing any animals. 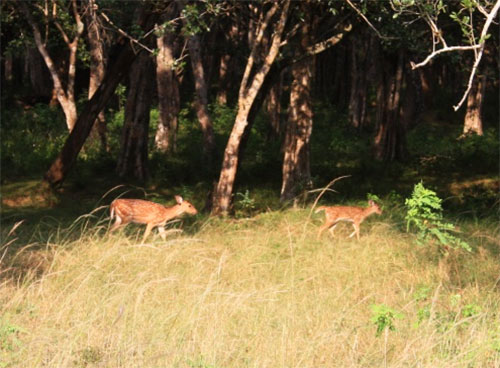 These deer are one of the few animals we see on the safari. 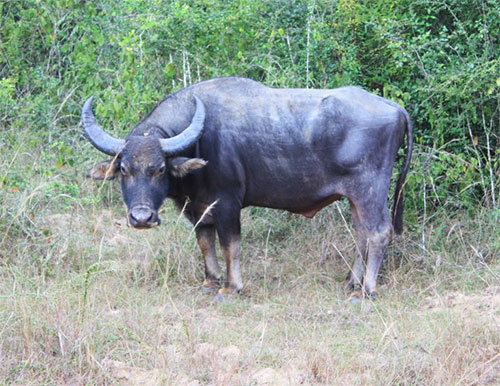 A grumpy buffalo who is not too happy to be photographed. Not that they ever look particularly happy!

Lars-Bertil – our soon to be pet praying mantis

When we are on our way to get on the bus back to Negombo, we meet Lars-Bertil. Lars-Bertil is a praying mantis that has jumped up on my backpack while we were busy paying the driver. J quickly picks it up and since that moment he (or she) becomes our new pet and we name it Lars-Bertil.

Lars-Bertil proves to be a very well behaved and affectionate praying mantis. He swiftly runs up on your hand if you put it front of him. He also has a bunch of funny moves and is a fantastic little insect – and I am far from an insect lover! He comes along with us on the bus to Negombo and partially sleeps in J’s hair and partially behind my ear.

When we arrive to Negombo he comes along with us to our room and we put him in the fake flower by the mirror where he spends the night in “attack position” waiting in vain for small insects to eat.

Although we are quite a bit in love with the little dude it does not feel right to take him away from his natural environment or, more importantly, from his food supply. We can not find a decent “jungle” so we take him along on a tour around Negombo and thereafter on a bus ride to Bentota. During his 2-3 days with us I guess he becomes one of the most well travelled and photographed praying mantises ever!

I just could not get enough of photographing the little dude. Here are just a few of my 100+ photos: 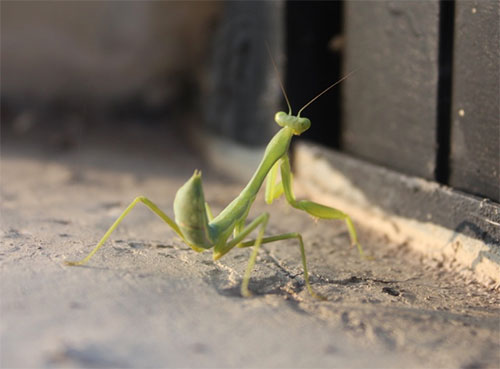 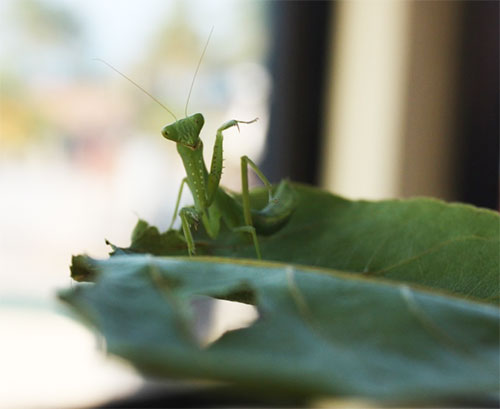 I think she went that way. 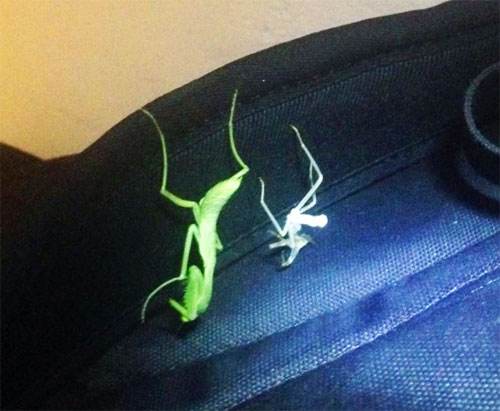 One morning we woke up to see that he had created a ghost copy of himself – molting over the night! 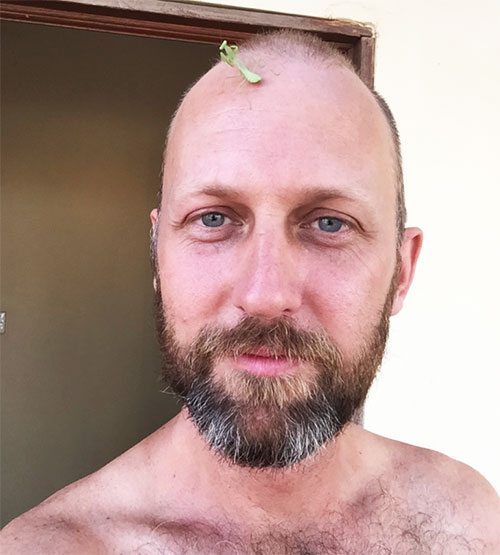 Sometimes he ran up my arm all the way up on top of my head.

Two, three days later and some 100+ miles away from his home we released Lars-Bertil back to a “jungle” in Bentota. He was very eager to get in there!

My recommendation: Say hello to a Praying Mantis. They are fantastic animals!