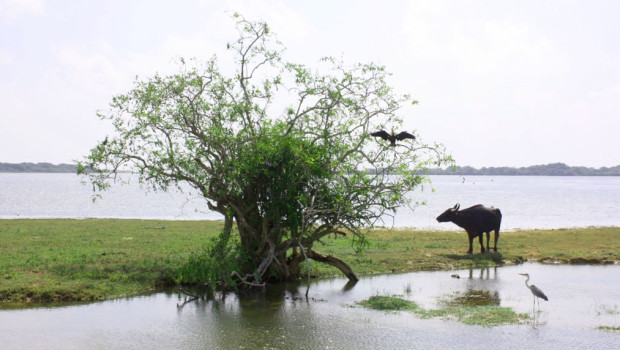 No, this day did was not something to write home about. We, once again, had to set our alarm clock at 5 a.m. and woke up together with the minarets (as Arugam Bay is in the more muslim part of Sri Lanka). Our safari guy arrived in time but could only bring three of us in his first round with the tuk-tuk so the rest of us waited. And waited. It took him close to an hour before he came back with the jeep which, apparently, had broke down. The whole reason to get up that early is because the animals (especially the predators) are the most active then so it felt very annoying and we were very close to cancel the whole safari.

We continued to the park where we encountered the next bad news. The feed we paid to our safari guy (7.000 Rp) supposedly only included the rental of the jeep (and driver) but at the park we were expected to pay an additional 10.000 Rp in entrance fees! At first we felt completely ripped off but we realized there was not necessarily any foul play. Still, I was really pissed off at our safari guy for not mentioning it. We argued for a long time and discussed within the group whether we should actually continue into the park but decided to do so anyway.

We did receive a guide but he was not very good at English and did not really seem to bother to find any animals or explain anything. Outside of that, the safari was decent and we saw some crocodiles, an elephant at a far distance, water buffalos, a mongoose, and plenty of deer. The most remarkable we saw was some sort of stork that apparantly was extremely rare, there were only 11 of them in entire Sri Lanka. It was difficult to be impressed since it looked like most other storks but for a bird enthusiasts I guess that would have made his or her day. 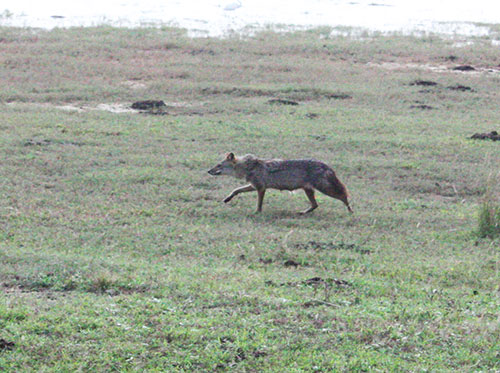 Some sort of fox. Not sure what kind though. I had, by the way, left my camera on ISO 1600 from the night before so the photos from the safari are all too bright. 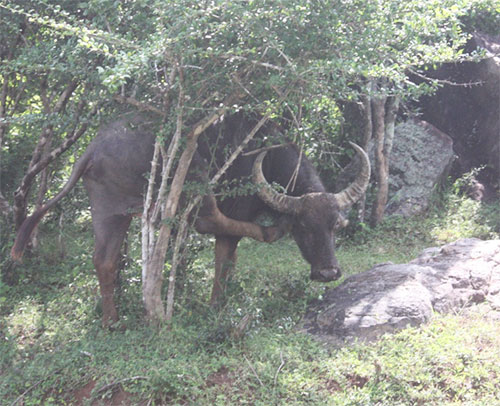 A water buffalo with camouflage level 7. This is how the second part of the safari looked like. All the animals were hiding under bushes and trees and that is another reason you want to be in the park early. 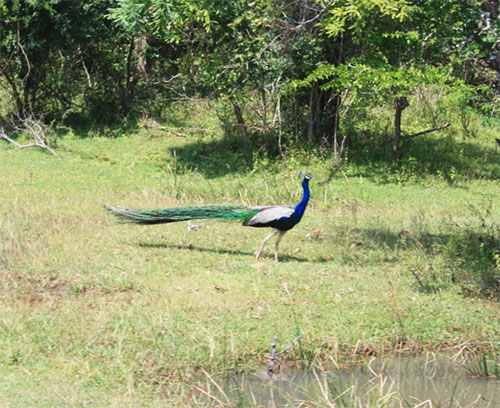 There are numerous peacocks in the national parks of Sri Lanka. Peacocks and kingfishers are probably the birds we see most here.

I managed to catch a stork on photo in flight. It was one of the few “good” photos from this safari. 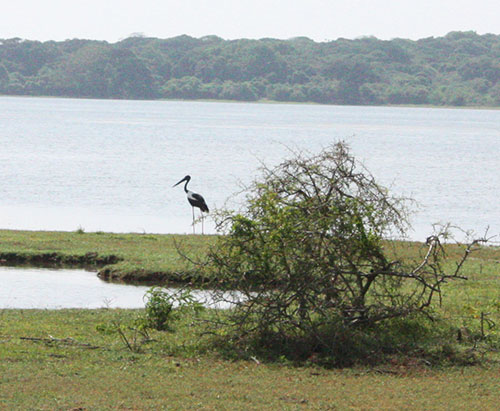 That uncommon stork that there were only 11 of in Sri Lanka. 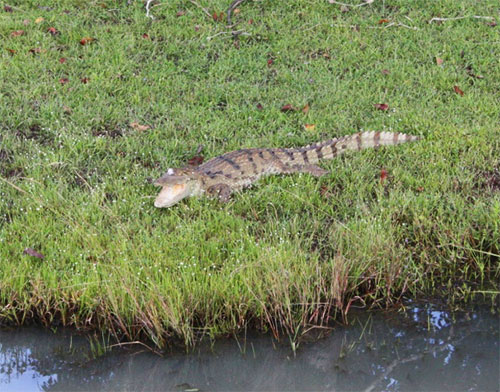 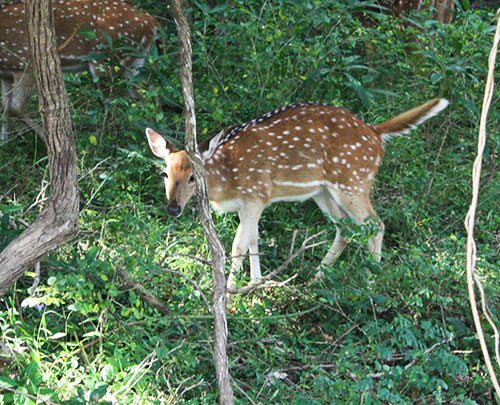 Deer like these are the most common animal to spot in the national parks.

When we finished our safari it was almost noon and all the animals were hiding in the shade since it was very, very hot. It took us an additional hour to get back and by then we had been out for almost 7 hours, including delays and discussions at the park entrance. We did not get a single rupee discounted so we we left our safari grumpy and tired.

A nap later we left Arugam Bay where the lasting memory was the incredible experience with the elephants and the peasants out on the field. It is more a rule than the excecption when you travel that what you come to see not necessarily will be the best experience. 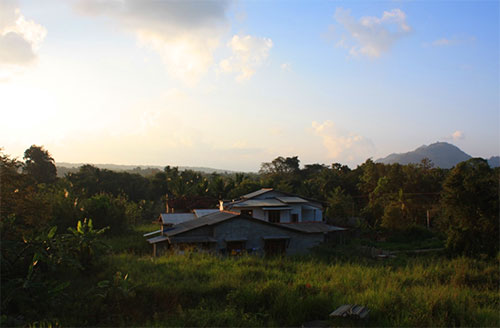 We did not manage to go all the way back to Tangalle but instead end our day with some snacks with a view at a hotel in some village half way back.

My recommendation: I definitely believe that Yala National Park can be a great experience and one should not judge a park from what animals you see, and do not see. What can be said, however, is that it is quite difficult to get a good safari experience by just booking it on site. It may be a better (but more expensive) option to pre-book from reliable safari companies but we never tried that so I do not really know.

We chose Kumana (northern part of Yala) because the southern part of Yala is supposedly crammed with half empty jeeps. The more jeeps there are in the park the more crowded the space by the animals become. There may be a leopard by the road but you can not see it because there are three jeeps in front of you.

We got different recommendations about going in the morning or in the afternoon. I believe the conclusion of that discussion was that going in the morning is best but you should try to really be the first one to enter the park (in order to see the animals that have entered the road during the night). Some say, however, that it is better to see leopards in the afternoon.

For all parks, note that when you book a jeep safari there is a fee you pay for the jeep and driver but that does not include the park fee.