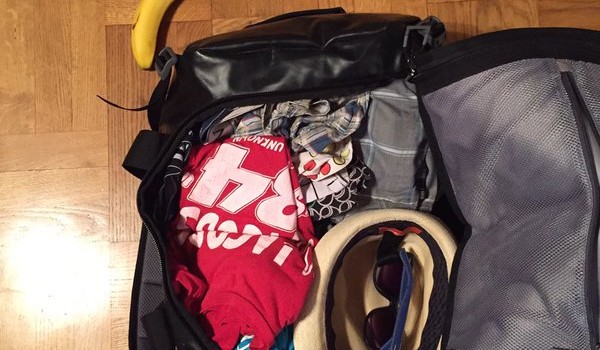 At 3.30 a.m. my alarm clock rang in my apartment in Malmö, Sweden. At that point, me and J had only slept three hours and not all that well. Being excited about the trip I got up rather easily anyway. Having a great trip to look forward to makes you put sleep in second hand.

A morning flight later we woke up in Düsseldorf and yet another flight later, with sporadic naps, we found ourselves in Abu Dhabi. My sleep battery was at 30% but a proper charge of the same was still far away.

Sri Lanka Airlines brought us our “last” part to Colombo, Sri Lanka, where we finally touched ground at 5.30 in the morning. A bus ride later we were downtown by the train station to our final stop, Hikkaduwa. At this point my sleep battery was at 9% but I was extremely hungry so we walked into the first street restaurant we could find.

The restaurant was a typical street restaurant with plastic chairs and we were about to get accustomed to the Lankese street food. The waiter showed us the bread by literally sticking his finger into each of them while explaining what they were. We declined and ordered a curry instead, apparently marinated in salt. A rat ran over the floor while we were eating, running in underneath the sarong of a man eating, who did not seem to bother notably.

Our bill ended up at 450 Rupies which I, after some tired head count, calculated to about $5 per portion meaning a severly overprized meal. We left with an angry face without leaving any tip. A few hours later, when I was less sleep deprived, I realized I had calculated really badly and it was a mere $1. I felt ashamed. 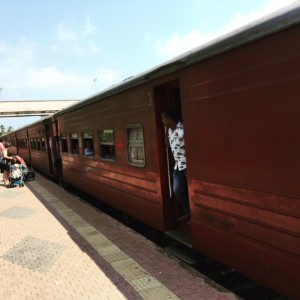 Our train in Sri Lanka

We were lucky to actually get a seat on the train because at that time my sleep battery was at 1% and I was going in and out of stand by mode all the time. It was virtually impossible to stay away and the only thing keeping me from falling into a complete coma was that my back and neck was aching badly from several hours of sleeping while sitting.

When we finally reached Hikkaduwa in the South Western corner of Sri Lanka the thought of sleeping was the only thing that mattered. We got into the first guest house we could find and just crashed.

My travels and the reason for TalesOfTrips.com