From Ella to Nuwara Eliya – an amazing train ride!

I had heard a lot of good things about the train ride from Ella (the same train track we had previously walked on) and my expectations were met completely! When we came back frmo Ella Peak we hurried to get our luggage, get some rotti for the tripand jumped on the noon train to Nuwara Eliya in central Sri Lanka.

I was positively surprised from the start how few tourists there were on the train, in fact there hardly any people on the train at all. We could choose window seats with ease and, in addition, door seats as well. The “door seats” are places at the doors (that are constantly open) where you can sit and have the best view possible. We tooks tons of photos, leaned back and enjoyed how the landscape shifted in front of our eyes all the time. 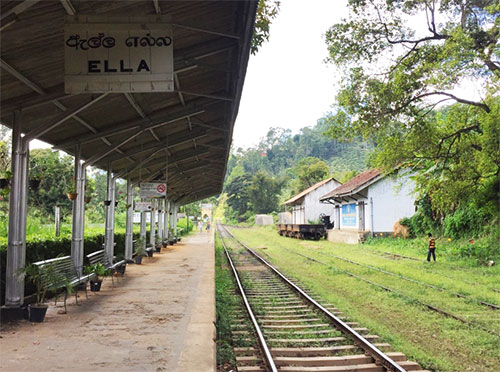 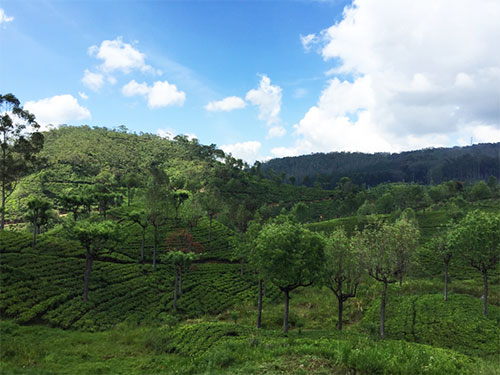 The views of the tea plantations are astonishing. 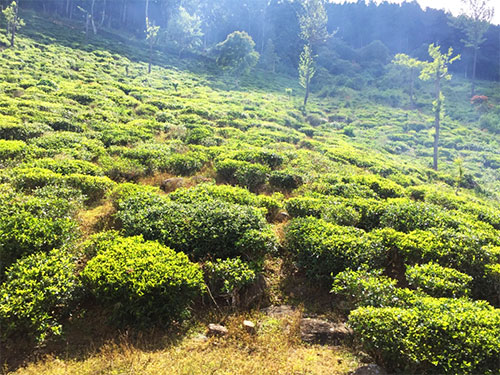 Tea plantations are everywhere around the train tracks.

After a while we noted how the train ride was going quite slow and especially how long we stayed at each station (30-45 min). We realized the “goods train” we had taken took twice as long as the other trains since it had to load and unload at every station. We were not in a rush though. We are in Sri Lanka to experience the country and this was just another way. 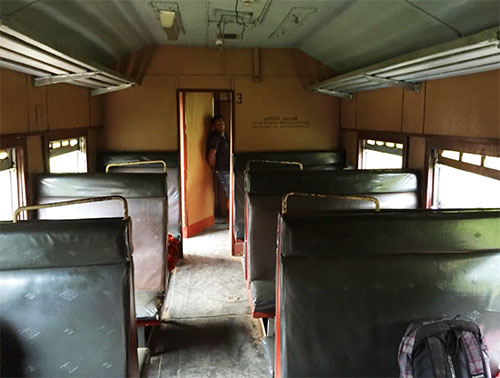 This is how the train looked from inside (the goods train). It is empty but worn. The fast trains are far more modern but also much more crowded.

Except for the beautiful landscape outside we had a good time inside the train as well. At one station a big group of kids get on the train to go back home from school. One of them, a 10 year old girl, shyly sits down next to us with a polite “Good day”. It is obvious that the charming girl is curious about us and wants to practise her English. Soon thereafter a group of boys sits down, kid around, wants to be in on the photos and practise their English as well. 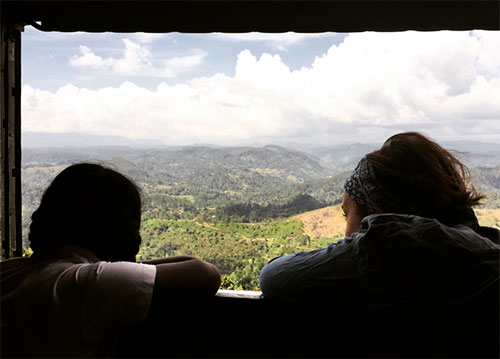 It is easy to just look outside and dream away as J and the school girl do in this photo. 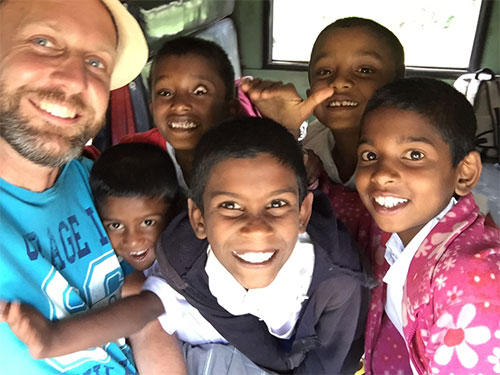 These school boys really want to be photographed while kidding around. 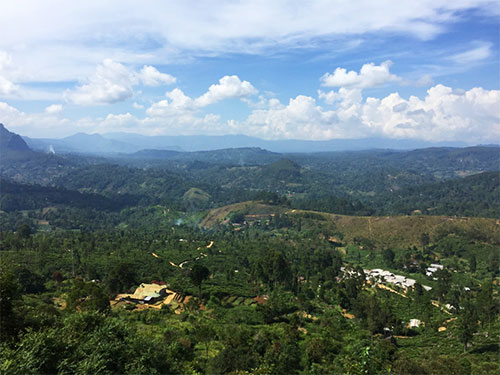 Outside of charmin school kids there is also a portion of less charming men who approach or observe us, sometimes drunk and sometimes just by staring at J for several minutes without interruption. It is not really a problem but it is an inconvenience.

Nuwara Eliya – horse racing, golf, and not so much more (?)

We arrive at Nuwara Eliya (through a short connecting bus ride) just before sunset. We really did not know much about the city except that it was a an old English colonial city with a horse racing track, hotels in colonial style and a golf course – all on a 1.800 meter altitude. I was not too impressed by the city itself but I believe it has more to do with my (wrong) expectations about another charming small mountain village. Nuwara Eliya is a quite large city and even if there is a few things to look at around the city there is really nothing we are super excited about.

We consider renting one of those swan paddle boats to paddle around the lake, to go on a long hike and some other small stuff but we never really get any inspiration for anything. Instead we head for Grand Hotel to try out their substantial tea menu. We are, after all, in the tea districts! The service at the hundred year old luxury hotel is so bad, however, that we leave after 30 minutes after having to fetch the menu by ourselves and never even get the chance to order!

The best thing about Nuwara Eliya is instead a small, indian, vegetarian restaurant we visit. I do not remember the name exactly but it is something like “Albama”, it is in the main street and there are two identical restaurants with similar names in front of each other. They do not have much on their menu and my first reaction is not too positive when we enter the restaurant and see, literally, buckets of food on the tables. The food is, however, amazing and ridiculously cheap!

My recommendation: The train ride from Ella is spectacular and something you must not miss! I do not know but it may not be a bad idea to start the train ride before Ella even, since the first part in the mountains is the most picturesque.  The goods train is super slow but is more likely to give you a better experience than the fast trains we see passing by (full, soul less and with plenty of other toursist). If you have time, choose the goods train, if you have a tight schedule go with the fast train.

It is difficult to recommend anything about Nuwara Eliya since we never make it outside of the city where there is supposedly nice hiking trails etc. As a city itself I find it quite boring and nothing I can recommend visiting. If you do come, make sure to bring a sweater since the evenings and nights can be quite cold (15-20 degrees C).